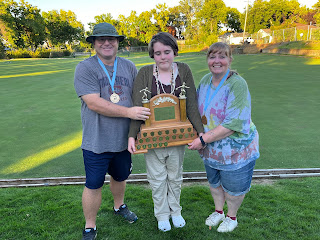 The club pairs championship was won for the first time by Curt and Barb Moll. The number 4 seeds upset the number 1 seed, Wes and Jean Bresee with a convincing 17-5 win in the semi-finals. In the other semi-final the number 3, Mike Gilchrist and Carman Carr, defeated the number 2 seed Frank Buck and Joyce-Ann Bacon 8-7. 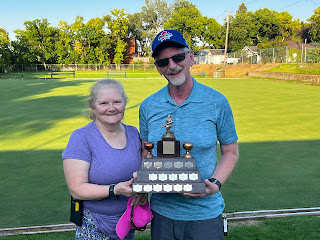 The Moll's also dominated the pairs final with a 15-3 win over Gilchrist and Carr to take their first ever pairs title and the HJ Cove Memorial Trophy.