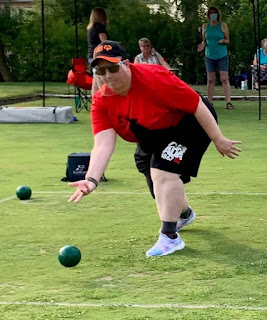 We are so very pleased to announce that Special Olympics Bocce will be utilizing our lower green at the club. For those unaware, our lower green is not used by members to bowl on as it is very soft and the grass dates back to the opening of the club in the 50s. However, it is great for bocce.

The club hosted the Alberta 55+ Summer Games a few years back and hosted the bocce competition. The competitors loved playing on the surface and so one of long term goals was to get a bocce group on the lower green.

ce was looking for a place to play and we offered them the lower green. Participants were expected to pay the club membership fee of $35 and an extra $10 for a league fee, to help pay for the paint we would need to mark out the lanes. 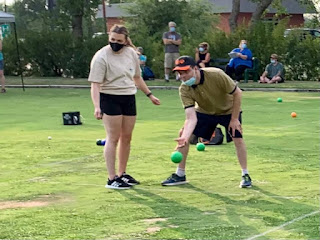 We hope this is the beginning of a beautiful friendship!