Our pairs league started up today with four teams vying for the club championship. 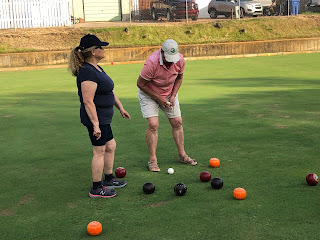 The defending champs of Wes and Jean Bresee were in tough against Frank Buck and Joyce-Ann Bacon. Buck and Bacon tied the match up at 7 in the 8th end and then went up two in the ninth. However, the experienced Bresee's were able to count 3 in the 10th end to win 10-9. 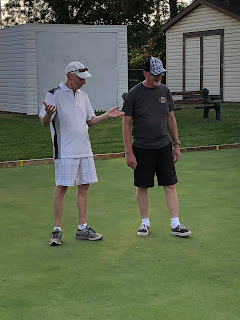 In the other game, Barb and Curt Moll went down 3-0 after two ends, but were able to claw their way back culminating with 8 points (3 and 5 respectively) in the last two ends to defeat Mike Gilchrist and Joan Theriault 16-5.

Pairs league will play every Tuesday at 7:00 until 31 August where the championship final and the B final will be played.

Spectators are welcome to attend.